Even if you have a doing Super Smash Bros. experience, In the SSBU(Super Smash Bros. Ultimate), where the game speed and difficulty have increased dramatically, it is quite difficult to beat a level 9 computer or win an online match.

Even though I was doing such a smash bro, I was enthusiastic that it would be manageable at the beginning of the release of SSBU, as a result, I could not win at all in online battles and lost consecutively. It was pretty tough at that time …

Even now, thanks to my hard training, I was able to go to “Elite smash”, where many good people gather. So, this time, I would like to introduce you to the six actions that made me feel that I was getting better little by little when I was a beginner.

Grab the cliff on the stage 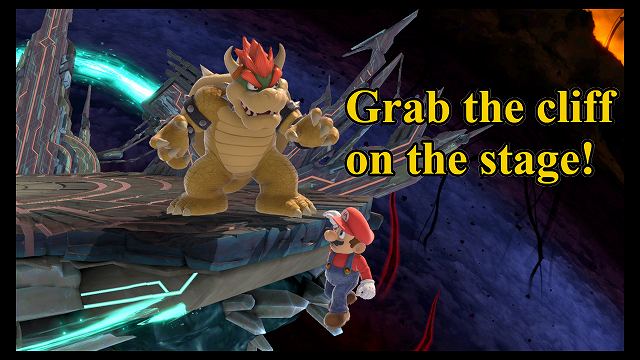 In fact, if you go back to the stage without grasping the cliff, there will be a big gap when you jump or use up the upper B, and Your opponent will have a painful attack. If you want to avoid your opponent’s attacks, you should grab the cliff.

So first of all, if you are a beginner, please be aware of “grab the cliff of the stage”. Grab the cliff on the stage and you will be invincible for a certain period of time, and there are many choices for climbing from the cliff to the stage with 4 patterns + α, which makes it easier to avoid attacks from your opponent. 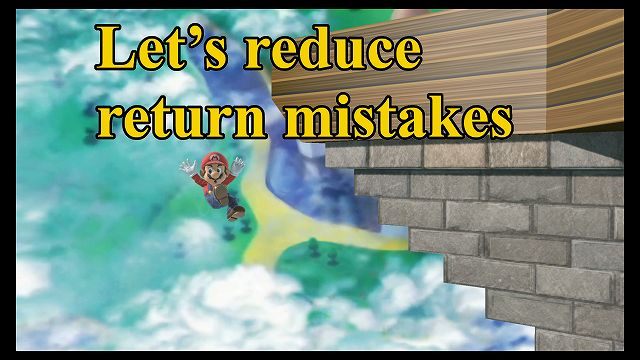 With this, no matter how good you can stand, you can still see the difficult competition.

Examples of common return mistakes include

Various mistakes will be made.

So, first of all, let’s get a feel for how much your character flies and how high you can go when you use Upper B. We recommend that you use the training mode to return.

Let’s punish from the guard 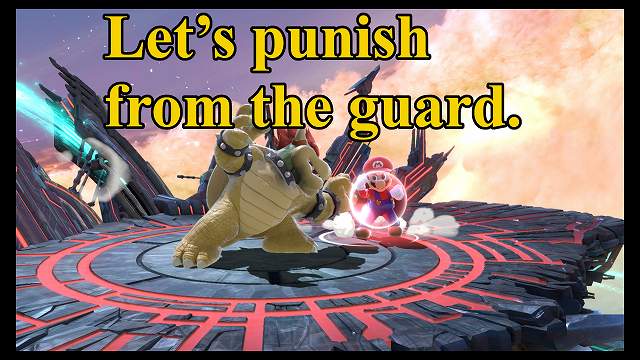 Due to the common characteristics of beginners, you try to defeat the opponent by sprinkling attacks. It is more fun to hit the attack in a fighting game not only for super smash bros, and that is the real pleasure.

However, it is natural that if you only attack, the attack of the other party will also hit, so the percentage will goes up and it will be blasted at the end.

If you feel that only the opponent’s attack will hit, try guarding first. As you can see by guarding, there is always a gap after the opponent attacks.

There are other things as well, but first, if you try to counterattack while pressing the guard button, you can counterattack without opponent’s attack.

For example, with Bowser, there is an attack judgment before and after the upper B attack while holding the guard button, so even if the opponent attacks and turns to the back, this upper B attack will hit and it is easy to counterattack.

In this way, try each action according to your character.

The method of “Out of Shield (attack)” of counterattacking while pressing the guard button is explained in the following article, so please refer to it.

Let’s grab an opponent with a tight guard 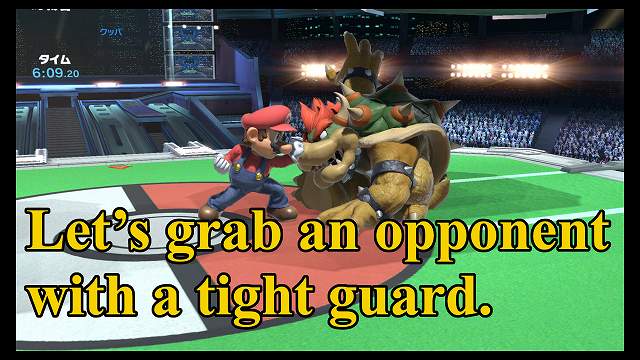 In Smash bros, this attack cannot be hit if the opponent is guarding.You can break the opponent’s guard by inserting the grip.

If you feel that your opponent is guarding you and your attack cannot pass, consider passing through your grip rather than hitting it.

Even if the grab does not pass there, the opponent thinks, “This person grabs the grab so I can’t easily put up a guard.” 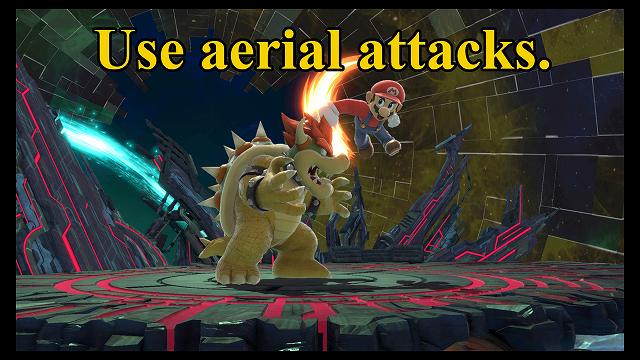 The A button on the smash is divided into two types: ground attack and air attack. Ground attacks include smash attacks that everyone knows, strong attacks, weak attacks, and dash attacks.

Both have merits and demerits, but in the smash bros, the air attack has a shorter attack gap and the attack power is designed to be rather high.

From my experience, I think that if you are conscious of about 70% aerial attack and 30% ground attack, you will be able to stand around in a good way.

Of course, I think that the proportion of this consciousness varies from person to person, so let’s think about how convenient it is to use. 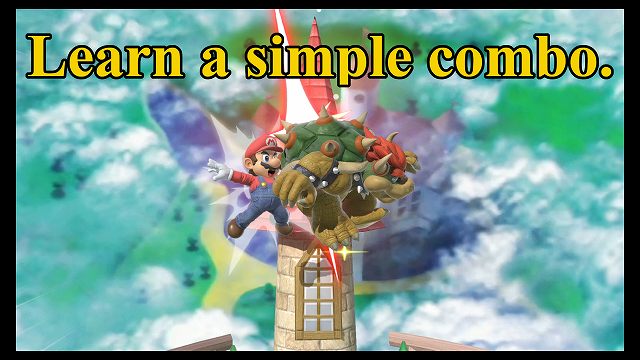 Smash bros characters always have combos. There are a wide range of easy to difficult ones, but let’s learn a simple combo first.

By watching the videos of good player and mastering the simple combos of those characters, you will be able to increase the percentage of opponents efficiently.

Of course, you can learn difficult combos at the same time, but you have to reach a level that you can use stably during the game. so I think it’s a good way to learn a simple combo that can consistently increase your opponent’s percentage.

Finally, I will summarize 6 actions to help beginners get better.

Dragon Quest Walk cheats｜ Hit if you can get by lottery Reset Marathon!Summary of good weapons for beginners!

Introduce better weapons for beginners in DQW lots!Please refer this article when you carry out Reset Marathon of course usual!

Sum up what to have to do at first for beginners of Dragon Quest Walk!

Introduce how to do Reset Marathon recommend for play more efficient beginning of DQW adventure!Adventure is easier if you get good weapons!
Dragon Quest Walk Cheats|Recommend setup unknown for foreign beginners【Before start adventure…】